Dear fans of the Guinand brand,

Precisely 150 years ago, Guinand was founded in Les Brennets, Switzerland, and has henceforth been continuously producing mechanical timepieces – for many years in the district of Rödelheim in the German city of Frankfurt am Main. With the launch of our new website, we would like to introduce you to our current range of mechanical timepieces.

On our 150th birthday, we celebrated the inauguration of a new company building and the start of the development of a few new watch models. Expect the unexpected!

The Guinand company is a Frankfurt-based watch brand with a tradition that began in Switzerland. This matter-of-fact statement tells an exciting story that spans 150 years of company history …

This history tells of the pioneering spirit of the company’s founding fathers and the art of watchmaking. It also tells of economic crises, and how these were overcome by inventions and brilliant ideas.

It all began with a dose of magic …

The origins of the Guinand company go back to the year 1865 when the two brothers Julien-Alcide and Charles Leon Guinand founded the Guinand Frères company in Les Brenets, a little Swiss town on the Doubs, the river bordering France and Switzerland, in the department of Jura. By this time, a watchmaking tradition had already established itself in the department of Jura as many French watchmakers had already settled there during the French Revolution.

In this rural region of French-speaking Switzerland, the Guinand brothers began manufacturing their watches that they mainly sold to Germany, Scandinavia and the USA. And in the first few years, business was booming.

The crisis or: necessity is the mother of invention

Then the shock: due to an economic crisis towards the end of the 1870s, the American market was lost. For the rather young company this was a heavy blow that resulted in Leon Guinand assuming sole management in 1880.

In search of a way out of the crisis, the ingenious watchmaker developed his own chronograph, and brought it to market in 1881. This decision proved to be incredibly far-sighted because it not only helped the company through this tough time, but has secured the company’s survival up until the present day.

Based on the chronograph, further developments were soon added such as a chronograph with minute counter, a “chronograph rattrapante” and “compteur rattrapant”, so chronographs and split second stopwatches. Around the turn of the 20th century, production already included a whole series of intricate watches.

New ideas to capture the zeitgeist

With the development of a new tachymeter chronograph around 1900, Leon Guinand was the name on everybody’s lips in the watchmaking world. This new kind of chronograph used a tachymeter scale to measure speeds from 150 to as little as 10 kilometres per hour.

This was followed by products for special applications. For example, a flyback stopwatch – le compteur à retour – was delivered to the French and Italian government. The British admiralty was given a new compteur rattrapant.

A new generation takes the reins

In 1945, at the end of World War II, Georges-Henri Guinand was entrusted with the management of Guinand Frères. The son of company founder Leon Guinand transformed the company into a listed company.

During the heyday of mechanical watches, Guinand Watch Co. S.A., the company’s new name, was the ultimate synonym for the rattrapante wrist watch, the split second chronograph. In addition to the production for their own brand, Guinand Watch Co. also supplied numerous renowned watch brands of this era and, thanks to its specialisation in intricate chronographs, even survived the major brand deaths in Switzerland at the end of the 1970s.

As early as 1960, one of Guinand’s key accounts was the Frankfurt-based watch pioneer Helmut Sinn. With the development of his own centre minute counter, the HS 58 calibre, the passionate pilot and visionary entrepreneur decisively shaped the further development of on-board watches for aircraft towards the end of the 1950s.

Since 1957, this HS 58 calibre has been used in all Lufthansa aircraft, in some Junkers Ju 52/3m and, up to a couple of years ago, still in many aircraft of the German military. In industry circles, Helmut Sinn is also regarded as the pioneer of pilot watches – mechanical wrist watches developed by him that paved the way for today’s watches in terms of technology and design. His watches have always been characterised by their very own typical and highly recognisable design that to this day is emulated by many manufacturers of pilot watches.

In his Frankfurt-based company “Sinn”, which was founded in 1961, he introduced the direct sales of watches to end customers, which was very innovative for the time. His goal to avoid mark-ups was encapsulated by the motto which is as valid now as it was then: “As perfect as possible, but only as expensive as necessary”. Up to the mid-1990s, Guinand Watch Co. manufactured a large proportion of the watches through the Sinn company.

In 1994, in his late 70s, Helmut Sinn decided to withdraw from business operations. He sold his Frankfurt-based company, which “Uhren-Magazin” described in 1993 as “a pearl of the watch industry”, to a successor. For a long time, the busy and still spry fully fledged entrepreneur and inventor struggled with his voluntary period of inactivity: In 1995, he took over the shares of Guinand S. A. from the Guinand family, and the following year founded the “Jubilar Uhren Inh. Helmut Sinn” company in Frankfurt am Main.

Here, two product lines were initially offered, which were manufactured by Guinand: “Jubilar” for pocket watches and “Chronosport” for classic pilot watches and pilot chronographs. The move of the company from Les Brenets to the easier to reach Lengnau in 1999 was only an interim solution. In subsequent years, the company discontinued its production for other brands, and moved the manufacture of its own lines Guinand, Chronosport and Jubilar to Germany. “Jubilar Uhren Inh. Helmut Sinn” ultimately became “Guinand Uhren Helmut Sinn” GmbH, with its headquarters in Frankfurt am Main. Horst Hassler, who had already worked for Helmut Sinn’s company for several years, was hired as his Managing Director in 2006.

Since the beginning of 2015, engineering graduate Matthias Klueh has been the owner of Guinand. The engineer and native of Frankfurt will continue the precise manufacture of chronographs with high-quality handcraftsmanship in the 150-year-old tradition of the Guinand family’s company, at the headquarters in Frankfurt am Main.

The portfolio will still bear the signature of watch pioneer Helmut Sinn, and continue its direct sales (sales ex works and international sales via the online shop).

Guinand is a Frankfurt-based watch brand with a tradition that began in Switzerland. 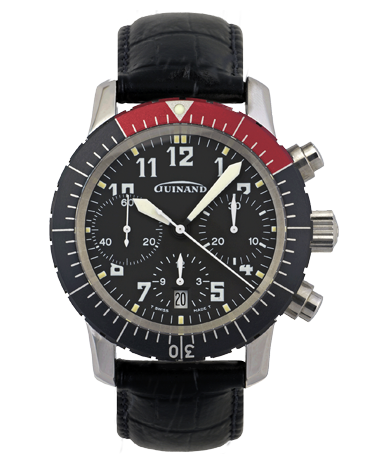 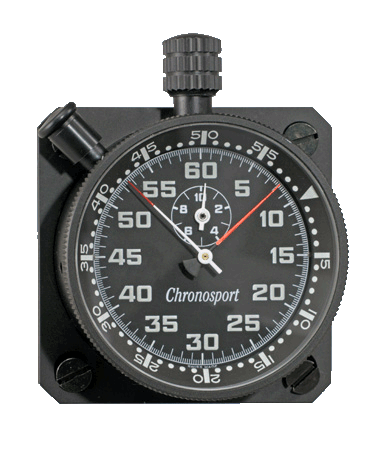